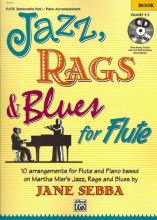 In his nationally acclaimed The Lord's Oysters, Gilbert Byron told the story of a young boy growing up on Maryland's Eastern Shore in the early twentieth century. Noah Marlin is older now, as Byron takes up his tale of Chesapeake watermen and their families in this sequel to his beloved classic. In Done Crabbin' Noah discovers his fifth grade teacher, the yellow-haired Miss Bertie, parked in a buggy on a back road with Doc Beller, but keeps his discovery secret when he remembers Doc's profession. ('I could imagine myself going to him for a small filling, and then he would strap me in his chair - it wasn't worth the chance.') He hears William Jennings Bryan speak beneath the leaking canopy of a Chatauqua tent during a raging thunderstorm, and remarks in passing that a young man on the tent crew would be killed a year later when his biplane crashed in France. When Noah's father finds a job in a Baltimore shipyard during the World War I shipbuilding boom, he brings the family to the city to join him. And when Noah himself goes off to prep school, he knows that he and his father have left their old lives for good. They would never follow the water again. They are done crabbin'.